A Unique Memory of Art Morrow

We just sold one of the most unique pieces of sports memorabilia that we have ever had here at DeansCards.com. We have had the notebook of reporter Art Morrow, a sportswriter for the Philadelphia Inquirer for more than 40 years, for several months and it is now finally out the door. Art Morrow was also a correspondent for The Sporting News and a consultant for Sporting Life Magazine.

The journal is dated 1954 and is filled with handwritten box scores from Phillies’ and Athletics’ games. It’s crazy to think of a reporter sitting down and keeping record of a game through a physical journal instead of just turning on a television or computer. 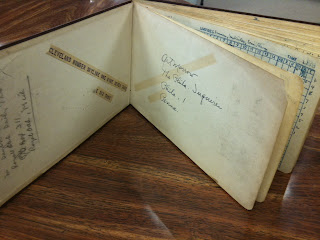 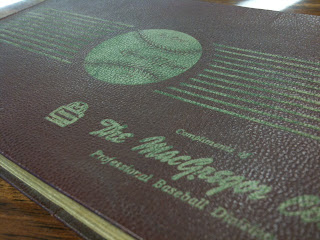 We just wanted to share this one-of-a-kind item with you guys because we don’t think that we will ever see anything like it again.
Posted by Blog at 4:18 PM