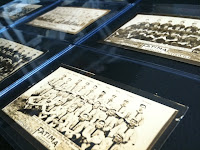 We just got a new collection that included seven 1913 T200 Fatima Team baseball cards. We have never had that many Fatima cards in one single collection, so we were pleasantly surprised to find a seller with so many in the Netherlands. The seller apparently found us from our previous Fatima blog and was somewhat familiar with the concept of baseball cards because he worked for the National Museum of Football History. 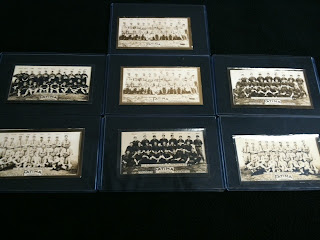 The teams are the Chicago White Sox, Cincinnati Reds, Pittsburgh Pirates, and New York Giants. The players included in some of these cards are Honus Wagner, Christy Mathewson, and John McGraw (Giants manager).
Posted by Blog at 4:47 PM